Gothic Mede Academy in Arlesey released a tender document to recreate their EYFS space, with a new climbing frame, surfacing, storage and imagination-play provisions. As their local play company we were very pleased to be selected to deliver the project. 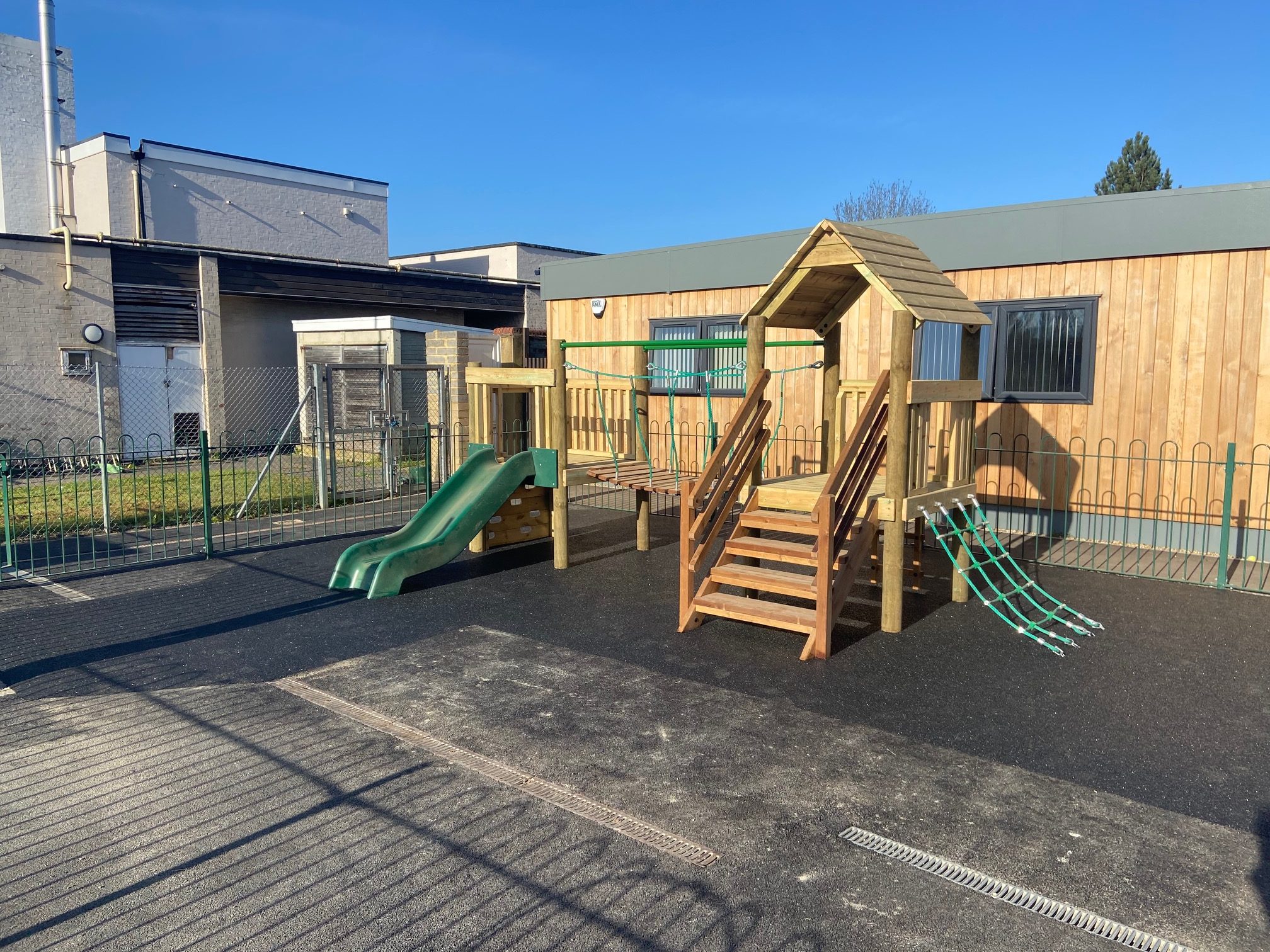 Their new centrepiece climber is Huckleberry, which is an inviting two-tower unit packed with climbing activities as well as a HDPE slide. 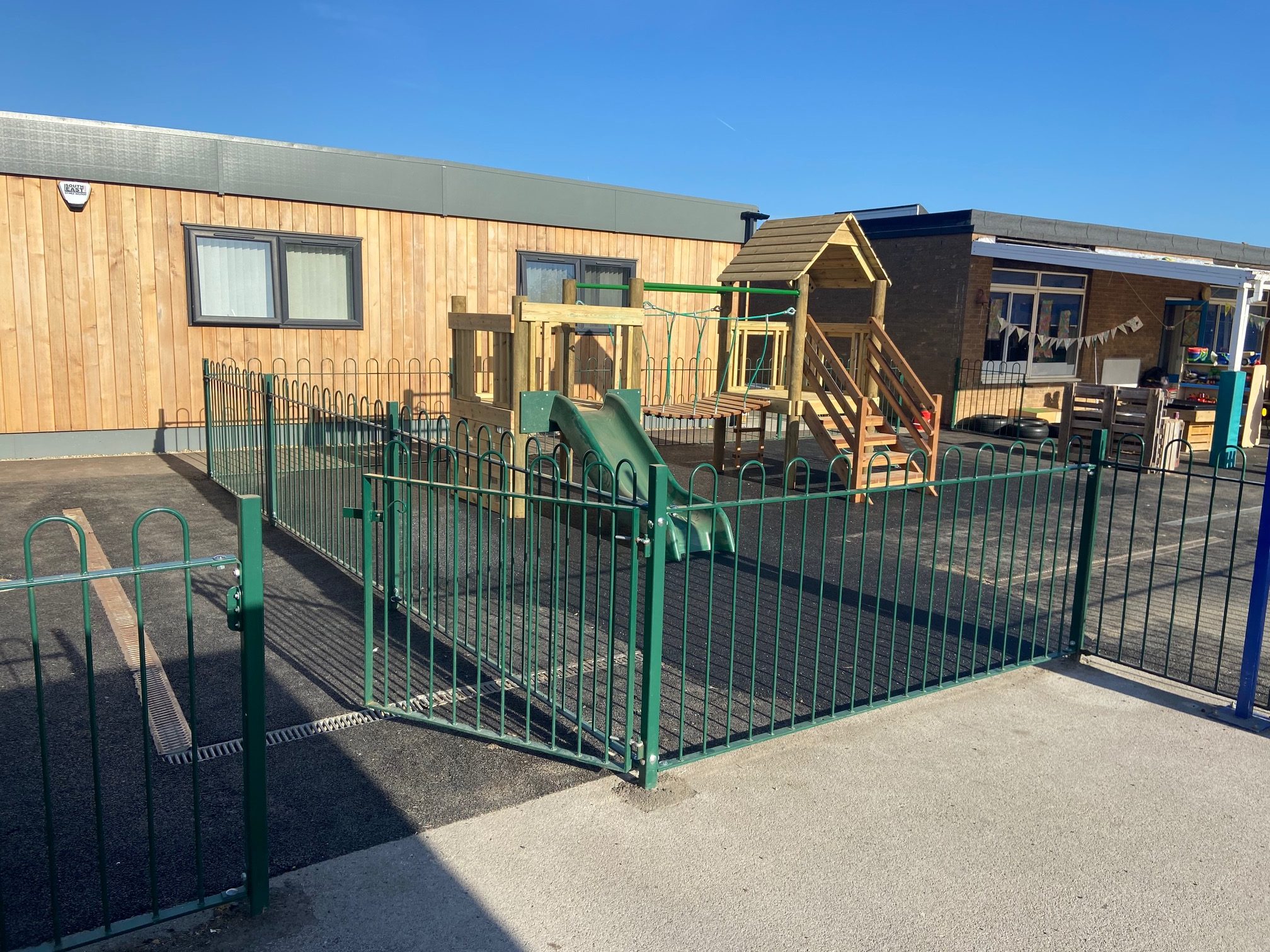 Huckleberry is complete with black wetpour rubber safety surfacing, which we integrated seamlessly into their new tarmac 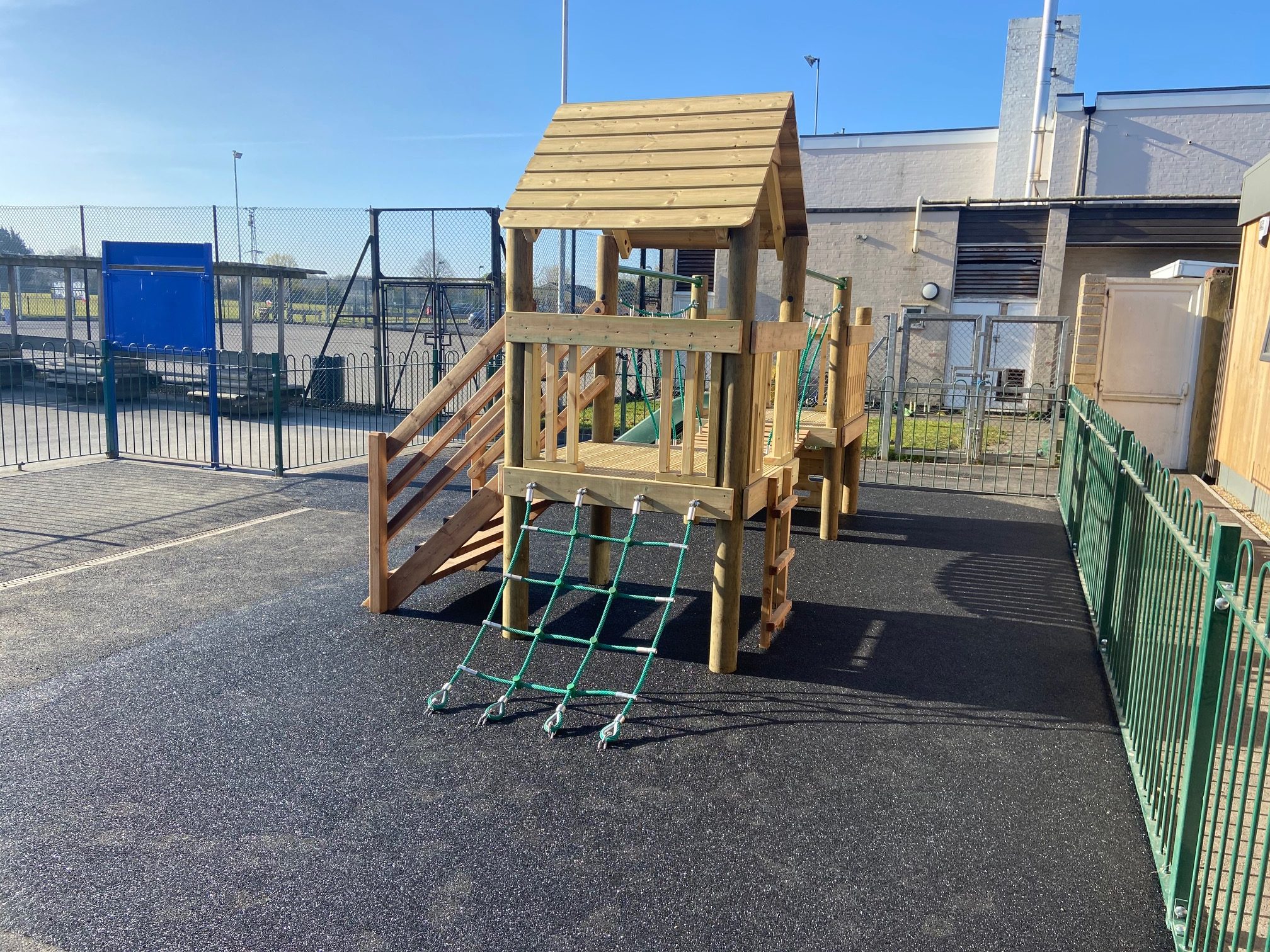 Gothic Mede also received a Storytime Playhouse with the proposal, to create a space for quiet group work or socialising 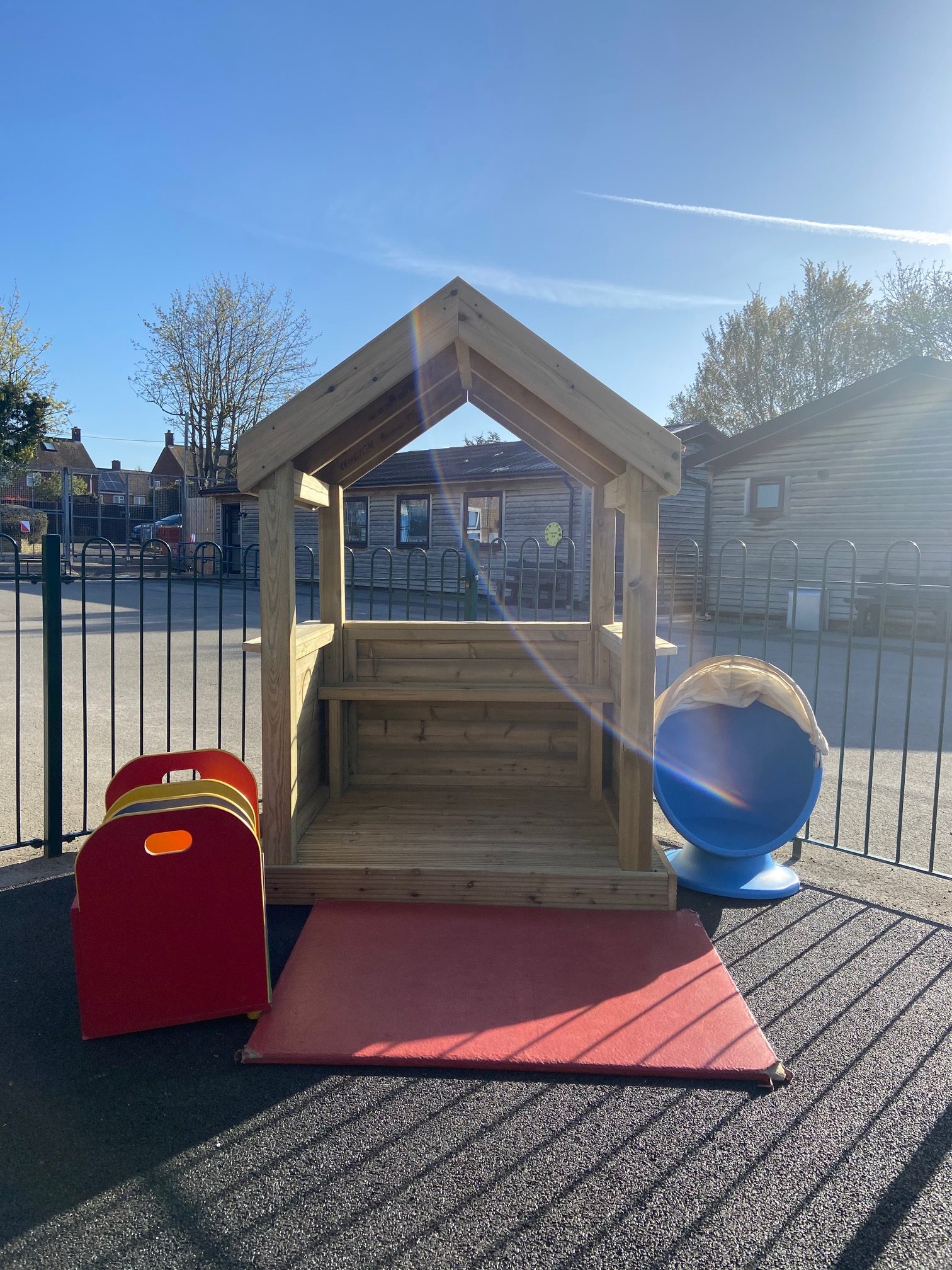 Their entire EYFS play area also had new tarmac throughout, to address drainage issues that they suffered with.

After signing off on the project this morning the school were hugely pleased and very excited for their pupils to start playing! We’re very proud to have delivered another top quality playground on our doorstep.