CFBL approached Setter Play with an idea to create some form of school climbing frame in the corner of their limited tarmac space. The brief was to create something that would not occupy too much space whilst providing their pupils with the space to ‘carry out lots of verbs’, like swinging, climbing, crawling and so on. 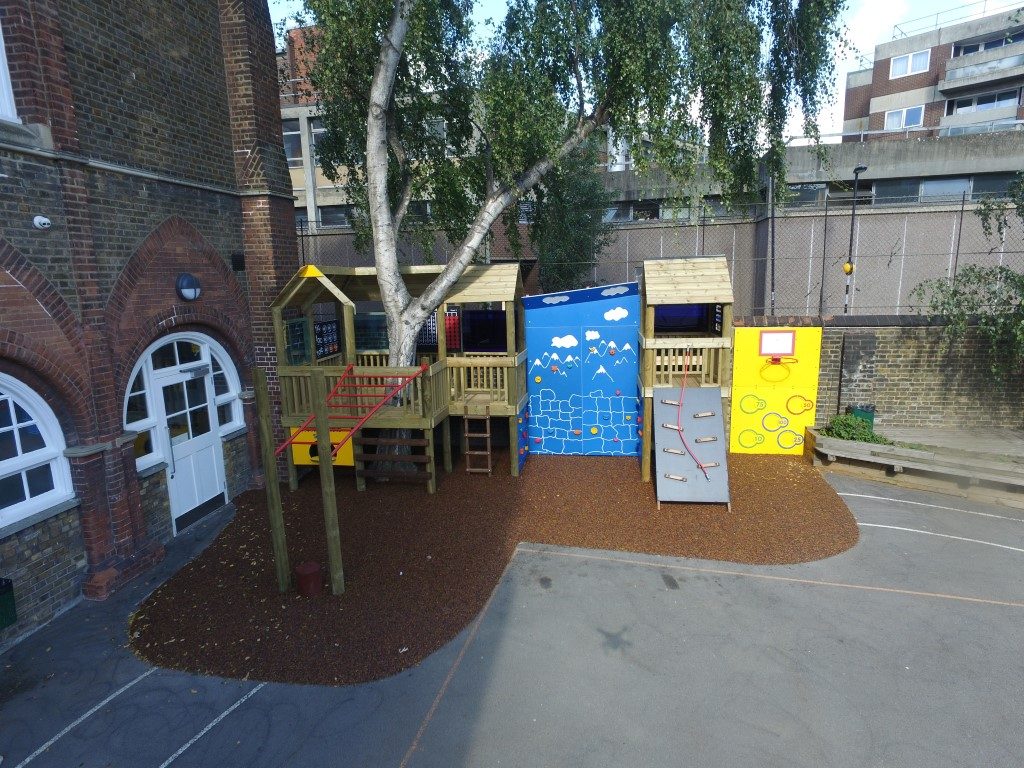 We proposed a bespoke Treehouse, with one larger deck encompassing the tree they had growing in this corner. 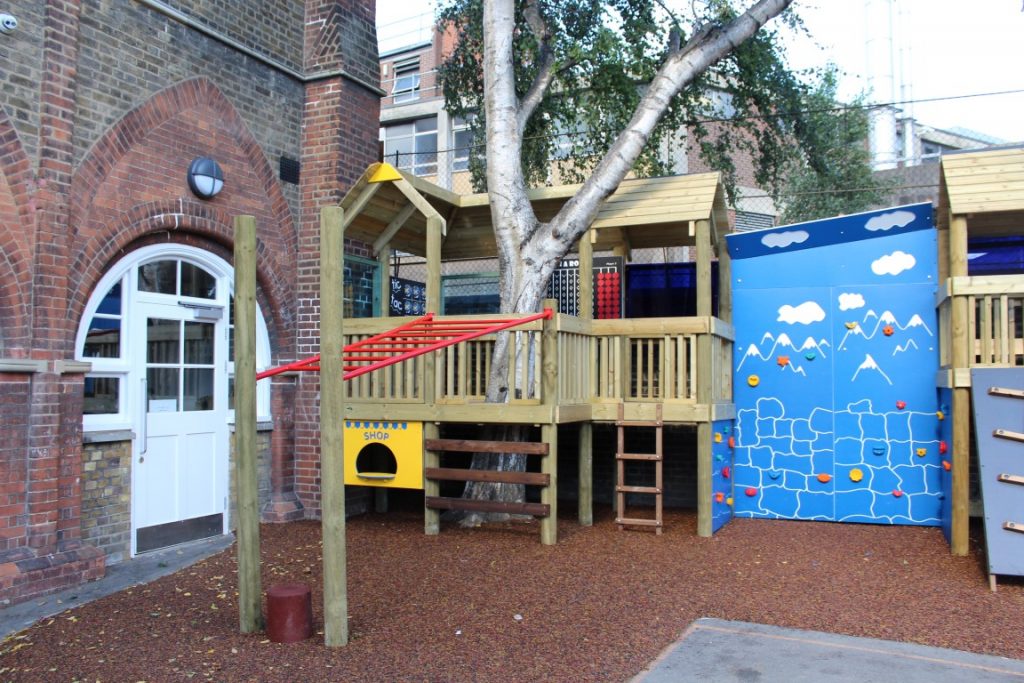 This larger deck is accessible via an overhead ladder to provide a real challenge, which then leads to a smaller deck, also accessible by a ladder. 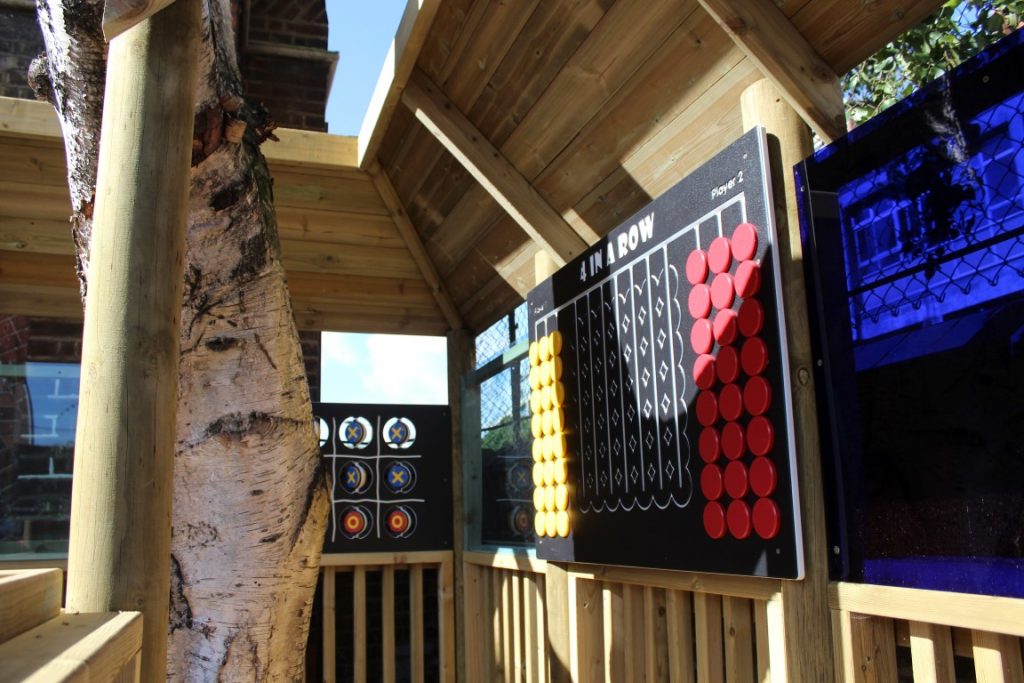 The larger deck also features two interactive board games for their pupils to play with, and we also proposed some perspex panels as an interesting safety feature, to prevent children misusing the equipment and climbing where they shouldn’t. 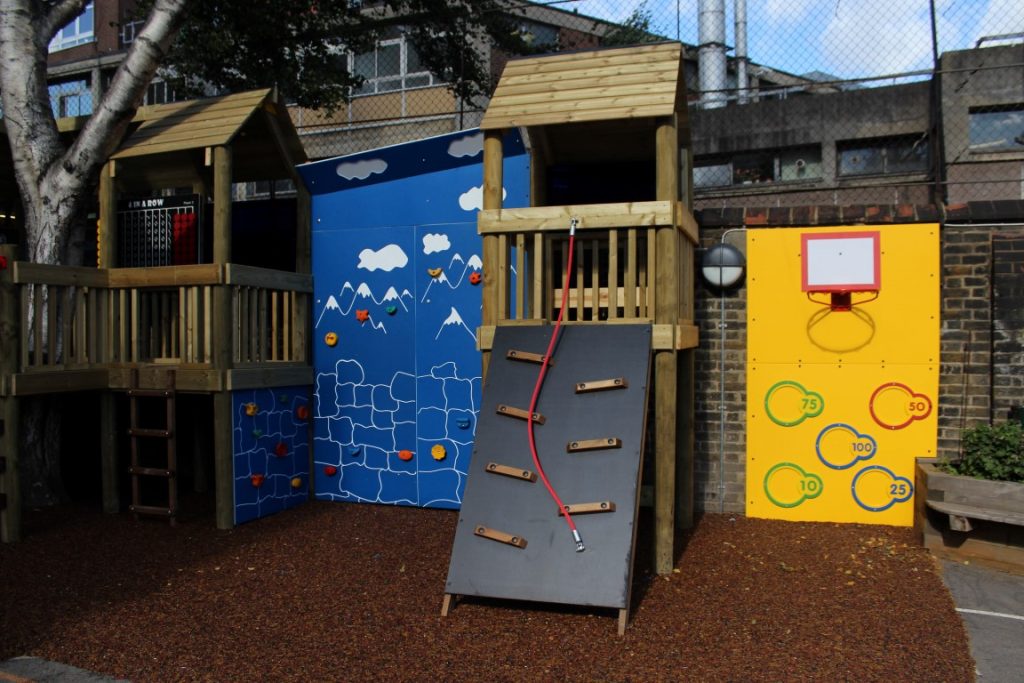 The smaller deck leads to a giant rock climbing wall, which can be used to traverse across to a higher deck at 1500mm. This deck also features a ramp and rope, which is the perfect activity to promote physical development through play.

Alongside this a bespoke target board and basketball hoop, to provide their pupils with a throwing and aiming activity too. 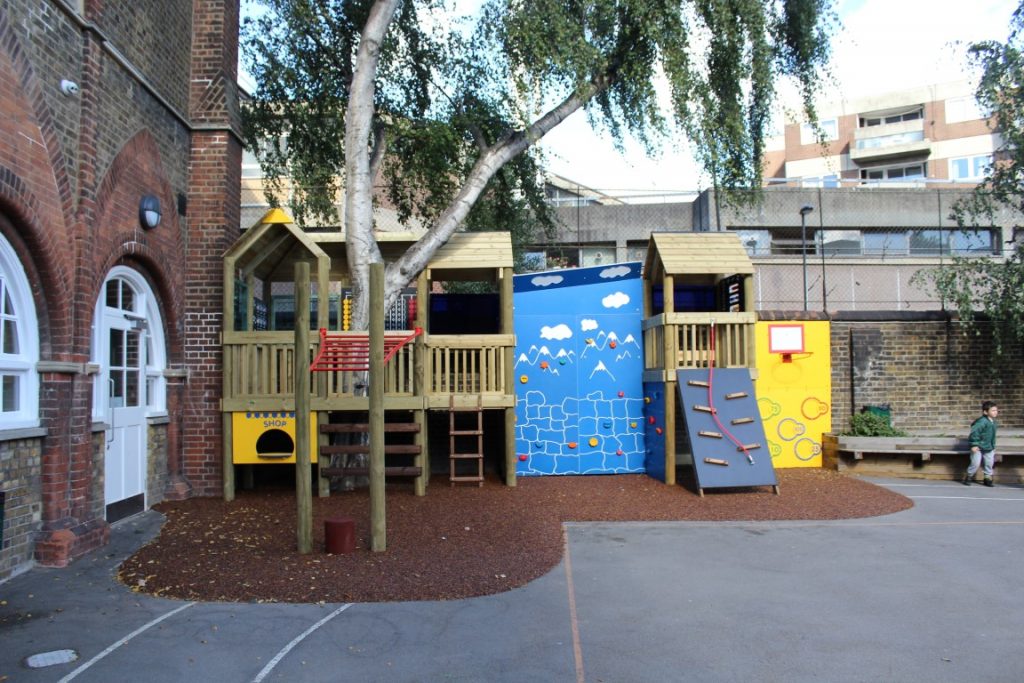 CFBL’s new treehouse is a mark of pride for them and is a highly detailed climbing frame that features loads of different activities for their pupils. I know their pupils were dying to play on it when I went to visit and take pictures!